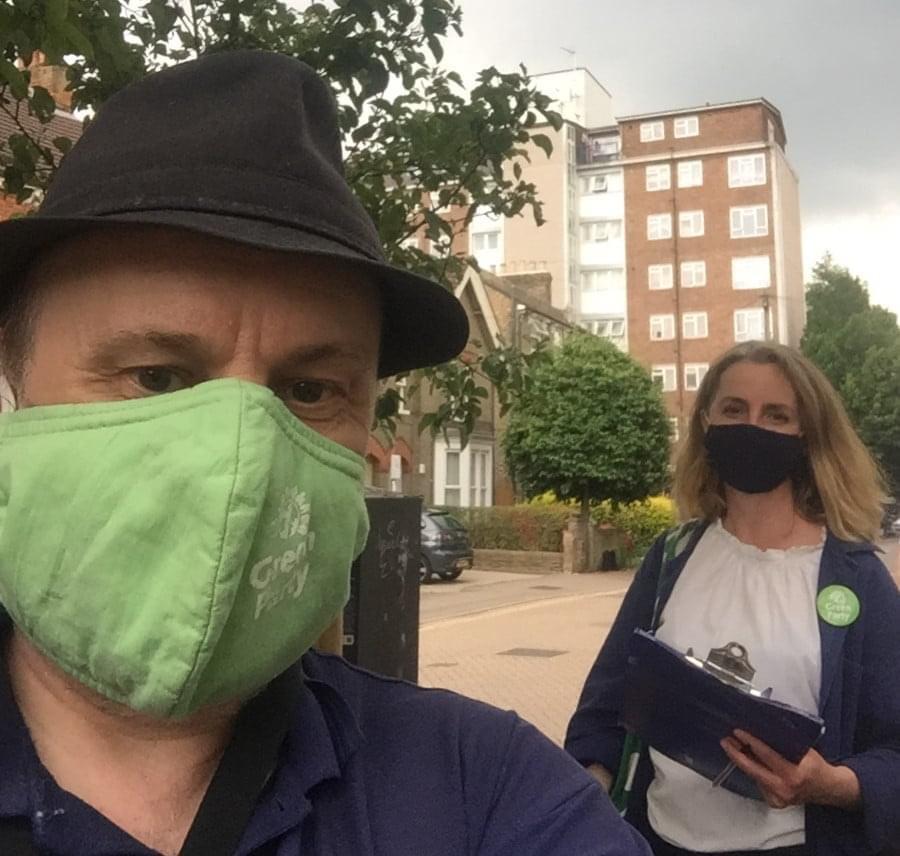 Here’s Bedford Borough’s draft corporate plan itself which there was a public consultation on:

And our Green Party submitted response is here:

Vision: The proposed ‘vision’ is

“We want Bedford Borough to thrive as a place, a location that people are proud of, want to live in and move to. To do this we need a growing and strong local economy and an active response to climate change. From this foundation our residents will be able to thrive and realise their potential, supporting and celebrating our diverse and inclusive communities.”

However, this contradicts itself. On current methods of measuring economic growth “a growing…local economy” means a local economy that produces climate-destroying (and ecology-destroying) effects at an ever-increasing pace. There is no sign in the document that there is any consideration that conventional methods of measuring economic activity, and the growth of that activity, is problematic. Without such critique of conventional ways of measuring economic growth, “a growing…local economy” cannot be a vision for a council that truly accepts there is a climate emergency. The Council must instead work to create a vibrant and sustainable ecosystem that delivers a strong economy.

When we get on to “draft goals and strategic priorities”,

“Enhance Places” talks of “Our transport links should benefit the environment and the local economy to support more and better jobs for local residents.” By contrast we should be looking for more and better jobs without the need to travel so far and economic activity should be targeted as being ‘green jobs’. Transport links are not a route to better lifestyles. They are a route to longer time spent commuting greater distances.

Rather, “Enhance Places” should be talking about enhancing green spaces, including nature restoration, and rewilding where possible. Places should be enhanced by ceasing routine use of chemical herbicides and pesticides, improving environmental and human health. In urban areas, there should be further action to ‘green the grey’, increasing sustainable planting.

There needs to be serious ambition to increase suitable, safe  infrastructure for walking and cycling, as well as improved, affordable public transport to get the crucial modal shift away from car dependency: this should be part of a strategy to reduce overall travel demand (15 minutes cities).

Existing communities’ wellbeing must be the goal, rather than attracting growth.

The OxCAM ARC looks like it is proposing a million new houses, concreting over the green, and most likely the plans will assume the vast majority of residents of those houses will use private motor transport. Such plans are utterly incompatible with a strategic priority to “Enhance Places”. All new estates must be built to highest environmental standards and have public transport links before residents move in.

This again talks of focusing on growth for its own sake. Rather the council should focus on increasing and improving the wellbeing of existing population, rather than attracting growth. And there must be steps to measure wellbeing.

The Council should engage local people in understanding what they need in town centres. This should involve community groups, charities and cultural groups.

The Council should establish a circular economy framework for genuine sustainability.

The Council should adopt the UN Sustainable Development Goals.

“Efficiencies” should not be sought when in reality they are putting those on the margins of needing support at a real disadvantage, and that many may ‘slip through the cracks’ with worse outcomes.

There are life expectancy inequalities and health inequalities in Bedford. There should be action to reduce these inequalities, particularly with attention on improving private rented housing as well as social housing, and with more general targets for warm homes.

The best way to empower communities at scale and with depth is to introduce more participatory democracy, allowing residents to form panels and assemblies to directly input into council decision making.

Bold leadership is needed, with leading by example on the climate crisis. The council should be enabling/facilitating the community to minimise its carbon footprint and adapt to changing climate, rather than pursuing economic growth that militates against even the most dedicated members of the community doing that effectively.

There’s a section for comments on the 3 cross cutting themes.

There is a severe danger that “cross-cutting themes” become lip-service to action on these important matters, while the real drivers of council performance pull hard against them.

‘Other comments’ – A “green recovery plan” needs to be central to the corporate plan.

There is a contradiction between the final two sentences of the introductory text as the authors envision them. “Our transport links should benefit the environment and the local economy to support more and better jobs for local residents.” and “Our ambitions to tackle the climate emergency are central to all of our goals.” Increasing transport links to “to support more and better jobs” will increase pressure on local residents to commute longer distances, in ways that it is incredibly difficult to reconcile with the climate goals. The transport links that will make life better for local residents and tackle the climate emergency are local links for public transport, walking and cycling.

The second objective, to become “an anti-racist council and develop an anti-racism strategy…” is massively welcome, however it needs to be matched with meaningful action, not the sort of lip-service that declaring a climate emergency has received thus far. Council needs to shift to language of equity rather than equality.

On reading these you would never know the council has declared that we are in an emergency situation.

EP2 is in practice promoting climate destruction. Five out of eight “measures” are about unsustainable private motor vehicle transport. Of the remaining three, the best is talk of “cycle paths”, which implies safe segregation from traffic, which would be a massive improvement on the unsafe “cycle lanes” that currently dominate where there is “provision” for cyclists in Bedford.
The measure of “Proportion of buses meeting punctuality targets” says nothing about the number of bus routes, their fuel source or frequency on those routes, or the ability to use them to actually make journeys (eg travel to/from work/shop).

The rational claims “we want to”, but the components of the measures suggest that those will remain entirely unfulfilled ‘desires’.

EP3 in reality the local environment is impacted by what others do to the climate, and largely unconnected from our own climate efforts. The headline “Enrich our local environment” does not capture the worthwhile measures of “Carbon Reduction” and of “Biodiversity, air pollution, green travel”. The true place of consideration of climate change in the Council’s “Corporate Plan” can be seen by the way “Carbon Reduction” is one of seven measures under EP3, which is itself one of twelve “Corporate Plan Goals and Priorities”. This suggests about 1% of the council’s consideration, while “measures” that work against the climate are a much higher proportion of the council’s consideration.

“Cycling and other modes of green transport” should not be within EP3, but rather should be in EP2.

The claim by the council that “tackling the climate emergency” only needs the council to “encourage responsible behaviour in terms of how people travel, how people manage their refuse” iswoefully short of the sorts of measures needed to tackle the climate emergency. What about influencing and facilitating better patterns of consumption by local people and businesses? What about influencing the nature of businesses and facilitating sustainable practices? What about shifting to ways of promoting welfare that don’t rely on consumption?

EY1 is fundamentally hostile to climate action, so long as “growth” is conventionally defined.

If “What is being measured” is as described, attempts to promote the priority should be moderated for businesses hostile to the council’s climate goals and hostile to equality. The council should not allow "progress" under Strategic Priority measures to come at the expense of losses in its "cross-cutting themes".
"Housing growth" should not be a key measure in a country that has more bedrooms per head of population than ever before. What is important is housing distribution.

On the “rationale/caveats” it should have been recognised that "growth" as conventionally defined is fundamentally in tension with sustainability. A rationale expressed in these terms suggests that questions of sustainability will be ignored.

EY2 again has “What is being measured” as “business growth”. While a small matter by comparison “Multi Storey Car Park Customer Satisfaction” is yet another performance measure around private motor transport.
The aim should be sustainability rather than “productivity” and “economic performance”, so long as productivity and economic activity are conventionally measured.

EY3 should, instead of its current targets, have emphasis on green jobs, skills and local wellbeing.
It concentrates in one of its “measures” on “Adults with learning / mental health disabilities in paid employment”. While this is worthwhile, why just “learning/mental health”? What of physical disabilities and neurodivergence: there are massive inequalities there too.

The text for the “rationale” is even more obviously incomplete than the hidden incompleteness evident elsewhere.
It should talk of stability and sustainability rather than 'growth'.

SP3 The "right housing mix" could be massively beneficial, or harmful, in terms of the climate and ecological emergency, depending how "right" is defined. So long as “right” does not include very substantial, explicit, consideration of climate considerations (and there is no sign that it will), it will be intensely harmful. In addition, the "right housing mix" means action to reduce wasteful excesses to provide decent homes for all, including those ‘at the bottom of the heap’ who are currently denied access by “the market”.

Having “housing growth” as a component of the composite measure is not appropriate (as with EY1, in a country that has more bedrooms per head of population than ever before, what is important is housing distribution).

On the particular component of “Channel Shift” it should be recognised that support for those who are unable/unwilling to shift is vital.