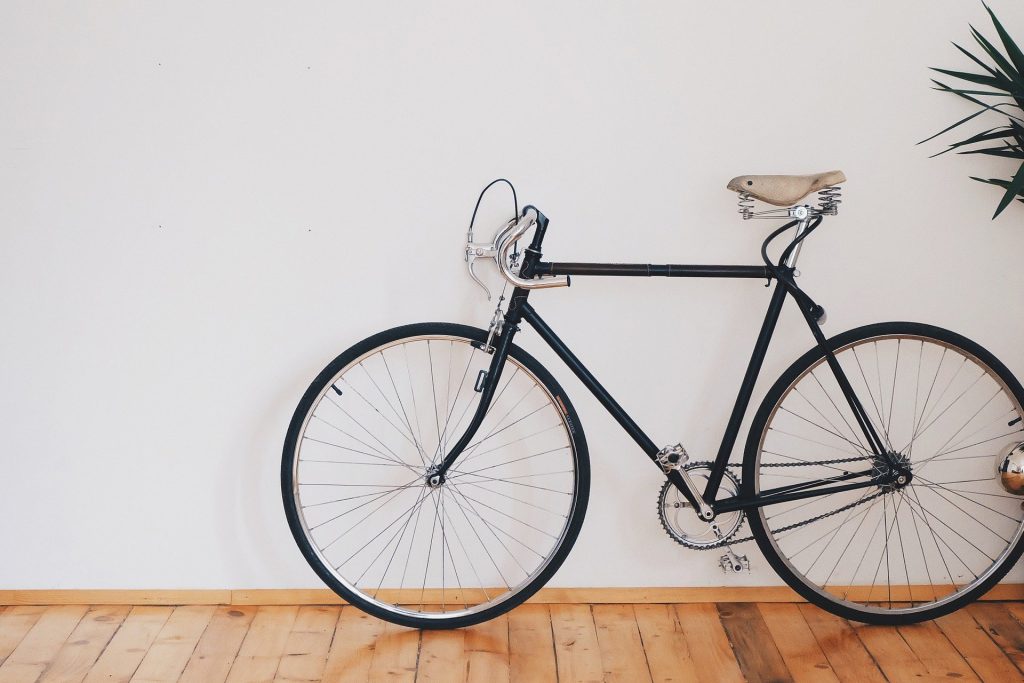 The PSPO cycling restrictions have succeeded in fining well over 3000 people. In other words, these were people who were riding slowly enough, and who actually agreed, to stop to give their details. Many of these have been older people and those with mobility issues who rely on a cycle as a door-to-door mobility aid. Many others were just law-abiding people and rare visitors to the town centre who were cycling considerately and did not know about the ban. A polite request to dismount would have sufficed, for example if the town was extremely busy. This ban is meaning cyclists, including disabled cyclists who have no choice, are put off shopping in Bedford. (Time and again they tell us, their ward councillors, this). However the reckless, potentially dangerous cyclists continue to do as they please without any penalty. The cycle restrictions are therefore not working and the Council must focus on an evidence-based approach to dealing with the real problems, and work to make everyone safer.

The PSPO is a pretence at making pedestrians safer while in fact making cyclists less safe, pushing them onto the town centre’s unsafe, one-way system of 'A' roads. Residents on the east side of Castle ward travelling across town to the train station, for example, have to contend with either 1) St Peter’s Street, Dame Alice Harpur Street and Bromham Road, pushed out into the path of vehicles on these 'A' roads as multiple parked vehicles daily obstruct the painted cycle lane in each of these locations.
OR 2) the High Street with no space for cyclists and often impatient motorists behind them, then negotiating around busy St Paul’s Square into Horne Lane.
Not only is this unpleasant and unsafe, but crucially it deters many potential new cyclists, preventing the essential modal shift that both the climate emergency and local air quality require. Traffic congestion increases if more people opt for the car rather than cycle.

Deterring anyone from cycling by creating a hostile environment for cyclists means fewer people getting the wide health benefits of cycling.  Deterring cycling locally also costs the council potentially much more through added health and social care costs than any possible benefit, or revenue raised.

The way the PSPO is enforced in practice doesn’t recognise the fact that cycles are a mobility aid for many and therefore discriminates against people with disabilities, some of whom are given greater independence by use of a cycle, adapted bike or trike.  These allow them to get much closer to their destination, such as a town centre business, without having to drive, park and then use a wheelchair; and much more cheaply too.

We are aware that members of some ethnic minorities suffer from higher instances of diabetes and cardiovascular disease, meaning that if they do not get sufficient exercise, the impacts on them are worse.  This may mean that the PSPO discriminates against them, by causing them to suffer a greater health penalty.

We worry that the PSPO discriminates against women and other people who are easier for the enforcement officers to pressure into stopping and giving personal details.  Of those who have contacted us saying they have been issued a PSPO penalty for cycling, a very high proportion are women.  Women are more likely to cycle for the added security benefits compared to walking on their own.

The PSPO also effectively discriminates against women who are less likely than men to own a vehicle. Likewise those on low incomes who can’t afford to drive, those in flats within the CPZ with no parking and those from ethnic minorities who have a higher chance of facing economic hardship and find cycling an affordable way to travel. So people who are already disadvantaged in more than one way are disproportionately disadvantaged by this ban.  Being a fixed amount, any penalty charge is in addition disproportionately more difficult for those who are disadvantaged in multiple ways.

The mention of e-scooters is irrelevant here, as e-scooters are already in any case illegal outside regulated schemes. We also know that local police have recently started to confiscate them. They are seen speeding around on pavements and on roads in every area of town, no more so in the town centre itself. We acknowledge that they are a danger to pedestrians and make elderly residents afraid. It’s the job of Government to properly regulate them nationally and proper information made available to those buying them.

Alternative suggestions have been requested as part of this consultation.
Firstly the council should be putting efforts into stopping the dangerous and antisocial bike riders, while actively promoting responsible cycling. What it actually does is the opposite.

Secondly, to help keep cyclists and pedestrians apart and reassure pedestrians, there should be a clearly marked cycle path in each direction on each of the roads in the town centre that is closed to motor traffic.  This is no more difficult for pedestrians to understand than it is for them to understand traffic driving down the high street, especially if an appropriate darker surface is used to pick out the cycle paths.

Thirdly the Council must focus on providing safe, town centre cycle infrastructure including lanes for cyclists protected from motor traffic. We should be hearing people say, ‘Bedford is a really great place to cycle’, but that sadly doesn’t happen.

Positive engagement with cyclists in town as part of a cycle-positive culture, would be really helpful though, for example:
- widely publicising availability of adult cycle lessons,
-handing out of hi-vis bibs, reflective stickers or cheap cycle lights,

-Doctor repair/maintenance sessions in Harpur Square,
-A cycle festival celebrating all things cycling. (Bedford town centre is on the National Cycle Route after all). This would be a hugely welcome alternative to the ‘festival of motoring’ that has been tagged on to the popular Kite Festival.

Considerate cyclists are the ‘low hanging fruit’ for enforcement officers 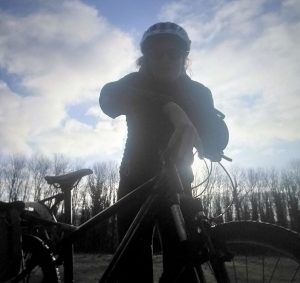 I want to share Jan's story with you:
"In Spring 2021 I made my first trip into Bedford town in a year, to return library books and pick up medicines from Boots. I cycled onto the area outside the library, slowing to a stop. I got off my bike at the cycle racks to lock it up. Virtually no one was around. An official literally shouted at me and pounced, getting in really close (ignoring public health instructions to keep 2 metres apart). I made stuttering attempts to explain my chronic pain condition and that while walking is difficult at times, cycling is easier. He ignored me and gave me a £75 ticket. I contacted the council but got no response. I had to use a food bank and rely on family kindness for the last week of that month due to the fine. It feels like they pick off vulnerable folks like myself. I've not been into town since. Please help me get this ban overturned that discriminates against disabled people like me. Cycling should be welcomed as a safe and clean way to access the town centre." 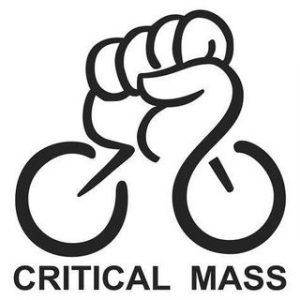 Bedford ‘Critical Mass’ cycle ride, 1st SAT each month at 2pm (socially distanced & wearing a face mask) to promote better cycling infrastructure in the town and that every cycle on the road is one less car. Supported by The Green Party.

Join Us for the Critical Mass February Event