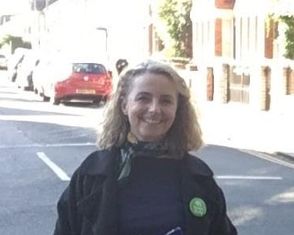 Green councillors in Castle ward are really pleased to see a car club in Bedford at last. Some journeys can only be done by car, and this sort of scheme offers people a chance to have affordable and easy access to an electric car nearby without having to own their own car with the hassle and expense that that entails. The car club is an exciting development that could also make a real difference to parking problems if it is taken up by residents, and we are grateful for the Council action to get this up and running.

Cllr Lucy Bywater said “I’ve been working towards a car club in Bedford for a long time – since long before I was elected. So, it is great news that finally we are getting our first car club car in Bedford”.

Cllr Ben Foley said “Personally I’ve been car free for a while, so I was really glad to be able to join the car club as soon as I knew it was in operation. There are occasions when I do need use of a car and the current deal of a year’s membership for just £10 certainly helped too!”

Green councillors are, however, somewhat concerned that the first car is based in the Riverside carpark by the Vue Cinema. We believe there is even more need in the streets of small terraced houses off Castle Road to the east of the town centre and in  Black Tom, but we hope that this location is still close enough that people will be happy to walk from the areas where there is the most pressure on car parking space.

We hope in time that the number of cars and choice of locations will increase as it has in other areas with car clubs, so that residents of these terraces will have car club cars closer, and the numbers of privately owned cars will be reduced as many peoples see the benefits of car clubs instead.

Car clubs can also help reduce traffic because club members book the car for select journeys and so tend not to hop into a car for any short journey.

Coordinator for Luton and Bedfordshire Green Party Philippa Fleming says:-  Like Ben I have not had access to a car for sometime.  I really hope that a good range of accessible vehicles for people with disabilites, will also eventually be available.

Note: The offer is at https://www.enterprisecarclub.co.uk/gb/en/programs/promotion/offers-incentives.html 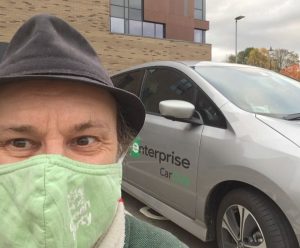