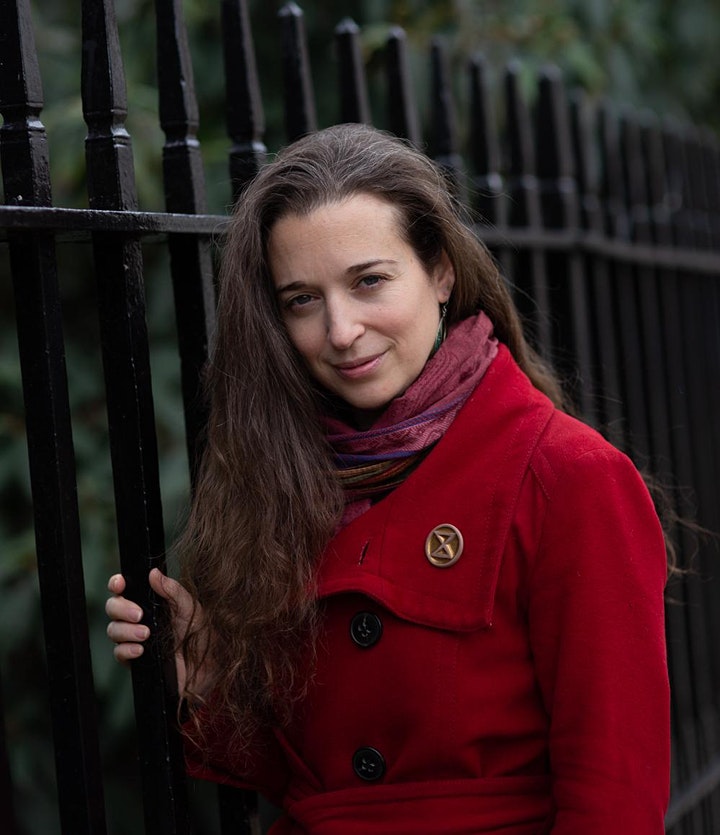 What's really happening on our planet and why? What's going to happen next? And what can we do about it?

With so much confusing and conflicting information out there, it can be hard to get to the bottom of what’s really going on on our planet today. In this interactive talk and discussion, Dr. Emily Grossman, co-founder of Scientists for Extinction Rebellion and lead author of their new free online book Emergency on Planet Earth, https://docs.google.com/document/d/1QdWn7PCDqNUQvzmPaJPMEYqsXKAVcuE0MPxcJVdaKjw/ It provides an overview of the science surrounding the climate and ecological emergency and explores what we can do about it. She also shares her journey to finding out the truth about the planet, how it has impacted her, and why she has now dedicated her life to raising awareness about the crisis.

Dr Emily Grossman is an internationally acclaimed science author, public speaker and TV personality, with a degree in natural sciences from Cambridge University and a PhD in cancer research. She is best known as a science expert on TV shows such as Sky1’s Duck Quacks Don’t Echo and ITV’s The Alan Titchmarsh Show and for her inspirational talks in schools, universities and at live events such as The Hay Festival, The Science Museum and Cheltenham Science Festival. A passionate advocate for equality and diversity in science, Emily has delivered a TEDx talk on Why Science Needs People Who Cry and was recently named the second Honorary STEM Ambassador, alongside astronaut Tim Peake, for her pioneering work in STEM education and as a role model to young people. She is the author of best-selling children’s book Brain-Fizzing Facts: Awesome Science Questions Answered, which has recently been shortlisted for the Teach Primary Book Awards 2020.

Over the past eighteen months Emily has dedicated her life to raising awareness about the climate and ecological crisis. She is a co-founder of Scientists for Extinction Rebellion, whose Declaration Statement has now been signed by more than 1,700 scientists across the globe, and lead author of their free, easy-to-read online guide to the crisis, Emergency on Planet Earth. She was chosen as spokesperson for The Mirror’s Climate Issue (the first ever paper to produce an entire issue on the subject), spoke on a climate crisis panel at The Royal Society and at The Guardian Live’s first ever event on climate change, interviewed Sadiq Khan for Time Out Magazine challenging him on London’s emissions, co-wrote and presented a BBC Radio 4 documentary on James Hansen - the father of climate change awareness - was interviewed on BBC News and BBC World News about the Extinction Rebellion protests, and was featured in Women’s Health Magazine in an article on eco-anxiety.